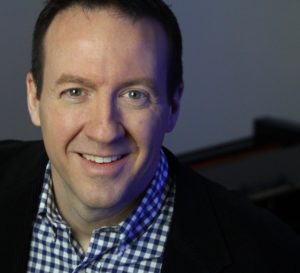 Adam King began his formal music training at the early age of five. He quickly excelled and began serving his hometown church as pianist & organist at age six. At fourteen, he began his first part-time job as organist at a local church and began coordinating and leading worship for the Wednesday night youth service.

After graduating high school, Adam enrolled in the music department at the University of Mobile in Mobile, AL, studying both piano and organ (with a minor in theatre).

While at the university, he accompanied the university’s touring chorale throughout the United States, Canada, Germany, Austria, & Switzerland.  He was the guest musician for the university’s commencement services on both the Mobile campus (organist) and the Nicaragua campus (pianist).  In addition, he served as a staff accompanist for the voice instructors.  In later years, he returned as an adjunct faculty professor, teaching applied piano & organ, class piano, and music theory. He also served as music director and principal accompanist for the university’s former Upper Room Dinner Theatre, performing such shows as: The Diary of Adam & Eve; Godspell; Nunsense II; Cotton Patch Gospel; Pumpboys & Dinettes; Big River; 10th Anniversary Musical Review; An Evening of Gershwin; My Fair Lady; Thoroughly Modern Millie; Fiddler on the Roof, and Joseph and the Amazing Technicolor Dreamcoat.
He is also very involved in regional theatre, serving as both accompanist and musical director for the following shows: Meet Me in St. Louis; The Unsinkable Molly Brown; West Side Story; Urinetown; Company; and Promises, Promises.  As a contracted staff member at Samford University, he served as musical director/accompanist for theatre’s production of Pretty Funny. He served as a rehearsal accompanist for the Red Mountain Theatre production of Newsies and maintains a working relationship with them as an contracted accompanist. Most recently, he served as the Assistant Music Director/accompanist for the EverBlue production of Sister Act and often does contract work for EverBlue as a clinician and producing studio performance trax for the clients.
He has released three albums: Grateful; The Songs I Love; and Ivory Wind. He was featured on Charles Billingsley’s album, Relfections; David Phelps’ live DVD recording, Hymnal.  Most recently, he served as an arranger and pianist on Wes Hampton’s album, Hymns.
He received a Master of Music from Samford University and is a member of the Associated Musicians of Greater New York, the Music Teachers’ National Association and the American Guild of Organists.

Joseph Spieldenner comes back to his Everblue family as Resident director, after having an incredible time directing last year’s inaugural smash, Sister Act!  Joe has worked for over 20 years in all levels of theatre, nationwide , but he is best known for originating the role of Grantaire in the national tour and Broadway run of the 25th Anniversary production of Les Misérables,. He teaches audition techniques and repertoire in colleges all over the US, and coaches auditions in NYC, professionally.  He can be seen on Netflix in Iron Fist,  Investigation Discovery’s Redrum, and performing on America’s Got Talent, with Les Misérables. 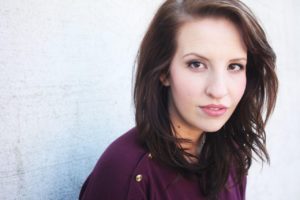 Elyn Collier is a New York based Director and Choreographer. After graduating with a BM in Musical Theatre, Elyn interned at the renown Berkshire Theatre Group. There, she was quickly promoted from intern to Assistant Director and Choreographer on their production of Mary Poppins. Upon her return to the Gulf Coast, Elyn became a highly sought after musical theatre and opera choreographer and workshop artist in the Southeast. Some of her favorite choreography credits include: Evita, Crazy for You, White Christmas, The Magic Flute, Oklahoma!, The Gondoliers, and The Drowsy Chaperone. In 2016, Elyn served as the dance assistant on Damn Yankees, Shrek the Musical, Aida, and South Pacific at the prestigious Pittsburgh CLO.  After completing her summer there, she was promptly invited to return as the assistant director for the following season. That summer she had the pleasure of remounting the Broadway productions of In the Heights, and Million Dollar Quartet and assisting on productions of Newsies and Mamma Mia. Upon completion of her contract at Pittsburgh CLO, Elyn moved to New York to pursue a career as a freelance Director and Choreographer. She has been proud to work with some of Broadway’s finest on various concerts, workshops and most recently the Brooklyn 15th Anniversary Concert (with Eden Espinosa and Tony Award Winner, Karen Olivo) and Sister Act (EverBlue Arts). 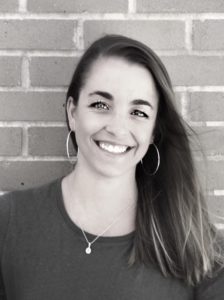 Jillian has had a love and passion for the art of dance from the day she stepped into Sheffield School of the Dance at the age of 3 and has spent the majority of her life either training in the dance studio or performing on stage. Her early years were spent competing and performing with the national award winning “Sheffield Dancers” where she was recognized both regionally and nationally, winning many top honor awards and scholarships to train with the industry’s leading choreographers at The Edge Performing Arts Center in Los Angeles, Ca and Broadway Dance Center & Steps on Broadway in New York City. She was also awarded the opportunity to travel and assist with Tremaine Dance Conventions under the direction of dance legend, Joe Tremaine.  In addition to her training at Sheffield, she attended summer intensives at Phyllis Latin’s American Dance Center in Saratoga Springs, New York; Giordano Dance in Chicago; Tremaine Summer Intensive in Los Angeles, Ca; as well as the Florida Dance Festival in Tampa, Fl.

After graduating Spring Hill College with a BA in Integrated Communications, Jillian’s professional dancing career took her to New York City where she trained on scholarship at Broadway Dance Center as well as Steps on Broadway. While in New York, she also toured the country as a dance assistant with “Access Broadway” an “All Inclusive” Broadway Experience, Performing Arts Event, featuring competition, workshop and talent search in dance, acting and voice. She then moved to Cincinnati, Oh, where she was a core member of contemporary jazz company “Exhale Dance Tribe” which was named one of Dance Magazine’s “Top 25 companies to watch” and was under the direction of Broadway veterans Missy Lay Zimmer  { CATS, Jesus Christ Superstar, Saturday Night Live; choreography for Mariah Carey’s All I Want for Christmas} and Andrew Hubbard {CATS; Footloose, Radio City Music Hall Christmas Spectacular}. Jillian later moved to Los Angeles, CA, where she was a featured dancer in the premiere action sports entertainment group “All Wheel Sports” where she toured and performed in numerous venue’s across the country. Jillian was also featured on Season 7 of America’s Got Talent with All Wheel Sports, where she made it to the semifinal round before the group was eliminated.

In addition to performing, she also has a strong passion for teaching and mentoring other young dancers.  She has been teaching and choreographing across the country for over 15 years and most recently served as a resident teacher and competition director at Santa Barbara Dance Arts in Santa Barbara, CA for 5 years. Jillian is thrilled to be joining Everblue Arts and looks forward to coaching and mentoring the talented young artists of Everblue Arts! 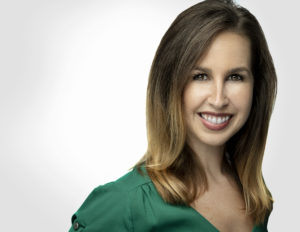 Grace Denton is a DMA student in Voice Performance and Pedagogy at the University of Mobile, studying with Dr. Maryann Kyle.  Grace is originally from Brentwood, TN and graduated with her Masters in Music Performance from the University of Tennessee at Chattanooga.  Credits include Madame Giry (Phantom of the Opera), Soloist (Songs for a New World), Miss Todd (The Old Maid and the Thief), The Secretary (The Consul), La Ciesca (Gianni Schicchi), and Sister Mary Robert (Sister Act, the Musical), for which she received a Miss Annie Award nomination.  When not on stage, Grace enjoys being a health nut and eating all the “healthy” desserts. 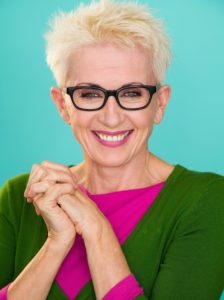 Karin Collison is an award-winning actress known for her extensive work on stage and screen. She has worked professionally from the age of 8 as an actress, singer, and dancer in all areas of the performing arts in the US, UK, Europe, and Malaysia. She explored other careers for a few years, including journalism and — after getting an MSW — a 10 year career as a psychotherapist in private practice. Accepting the offer to be the first Artistic Director of Santa Barbara’s Speaking of Stories brought her back to the performing arts as a director and as an actress, and she played several leading roles in the area’s professional theaters. She also co-founded Panto Productions there, producing three Pantos at the Lobero Theater, in two of which she danced and sang as Principal Boy. Concurrently, Karin was commissioned by the US Embassy to mount Readers Theater in Kuala Lumpur as a post-911 outreach, and to found ‘Beautifully Read,’ which produced readers theater in NYC and Laguna Beach. She is now a bi-coastal actress in all the media living in LA (and is a local hire in NYC). Karin is also working on a couple of screenplays and is a published fiction and non-fiction writer. 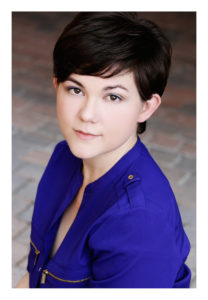 Rebeca Lake began her college career at Northwest Florida State College where she was a member of the Soundsations Show Choir and the Madrigal Singers. She went on to receive two Bachelor of Arts from the University of Mobile, one in Theatre and one in Music. She completed her education at the University of Southern Mississippi with an MFA in Technical Theatre and an Emphasis in Scenic Design. During her time there her design work on The Tempest (props) and Violet (scenic) was nominated for and received awards from the Kennedy Center American College Theater Festival which included the opportunity to present her work at theatre conferences in Cincinnati, Ohio and Washington, D.C.Since that time she has worked as the Assistant Professor of Theatre and Chair at the University of Mobile where she taught a wide variety of theatre classes and designed sets for the theatre and opera productions including The Secret Garden, White Christmas, and The Marriage of Figaro. In addition to her work there she has worked for numerous companies including Assistant Props Master at Chautauqua Theater Company in New York; Paint Charge at Southern Arena Theatre in Hattiesburg, Mississippi; and Guest Scenic Designer at Palm Beach Atlantic University.She has worked the past three summers with Emerald Coast Theatre Company, and is delighted to be joining them full time as their Technical Director and Scenic and Lighting Designer this upcoming season!